What kinds of pain can CBD treat?

Pain is one of the most common medical concerns addressed by health professionals. While pain is typically associated with disease or injury, chronic and inflammatory pain are equally common. Unfortunately, they can be difficult to identify and treat effectively, especially without side effects.

Cannabidiol (CBD), one of over 100 compounds found in the cannabis plant, has been reported to reduce feelings of pain. When used topically or ingested, CBD acts as an alternative for people who rely on – or would like to avoid – pharmaceuticals to treat chronic pain.

How do I take CBD for pain?

As a treatment, CBD is most commonly extracted from the cannabis plant, then added to a carrier oil to make CBD oil. The quality of CBD products on the market is not regulated and the U.S. Food and Drug Administration has not approved any over-the-counter CBD products, so be sure to check for a label that confirms the product has received third-party testing for quality. 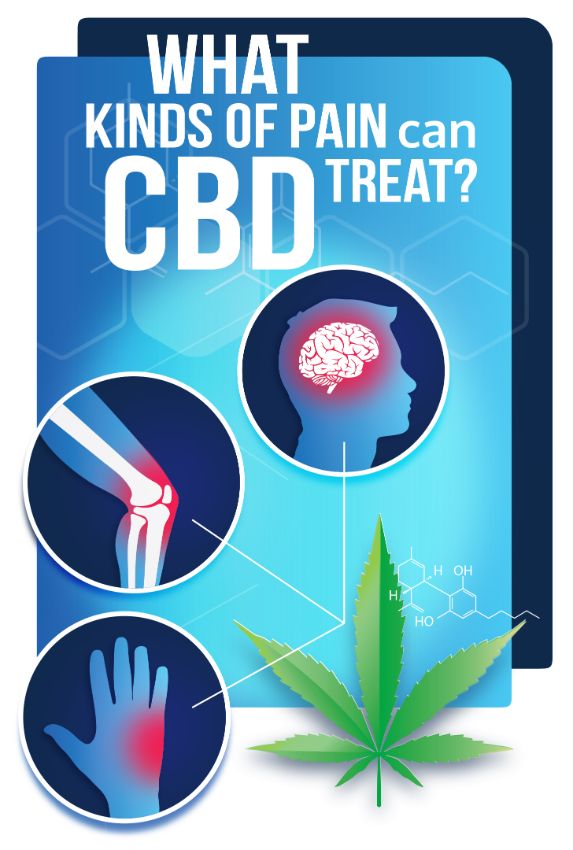 What kinds of pain does CBD address?

Most of the pain conditions below coincide with findings that CBD may effectively help reduce the symptoms of neuropathic pain and inflammatory pain. Neuropathic pain, often resulting from nerve damage, causes prickling, tingling, shooting, and burning sensations. Inflammatory pain from diseases like arthritis, Crohn’s and ulcerative colitis, and migraine headaches is often described as throbbing or stabbing.

Studies have shown that CBD may help users find relief from these pain conditions:

What’s the science behind treating pain with CBD?

The human body has an endocannabinoid system (ECS) that has several important functions like regulating sleep, mood, reducing appetite, immune-system responses, and pain. Experts also believe that the ECS is responsible for maintaining homeostasis, or balance, in the body.

The ECS receives and translates signals from compounds called cannabinoids (like CBD) and endocannabinoids that are produced by your body as needed.  Two key endocannabinoids called anandamide (AEA) and 2-arachidonoylglyerol (2-AG) play a key role in a person’s overall health.

People with higher levels of anandamide in the bloodstream typically experience less pain. CBD may stop the body from absorbing or breaking down anandamide, in turn helping the body to better regulate pain response. Although 2-AG is similar to AEA in its chemical structure, its role is distinct in how it stimulates endocannabinoid receptors.

Some researchers believe that CBD interacts with endocannabinoid receptors in your brain and immune system. This response creates anti-inflammatory and pain-relieving effects. CBD also inhibits glutamate release and other inflammatory agents, giving it neuroprotective properties that encourage the growth and development of new neurons.

More testing on humans still needs to be conducted to support CBD as an effective method of pain management, but it shows great potential, especially for neuropathic and inflammatory pain. One of the biggest benefits is that CBD may be effective in overall pain management without the negative side effects of some pharmaceuticals such as dependence.

The quality of CBD products is not regulated, and the U.S. Food and Drug Administration has not approved any over-the-counter CBD products. Be sure to check the label to confirm the product has received third-party testing for quality. CBD supplements can interact with other medications, so it is important to talk with your doctor before beginning the regular use of any CBD products. 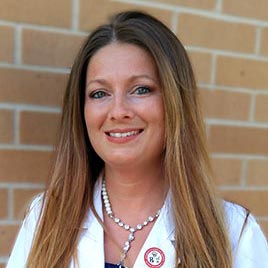 This article was reviewed by Jazmynn Worman, PharmD, a board-certified pharmacist.

Shopping Cart
There are no products in the cart!
Continue Shopping
0